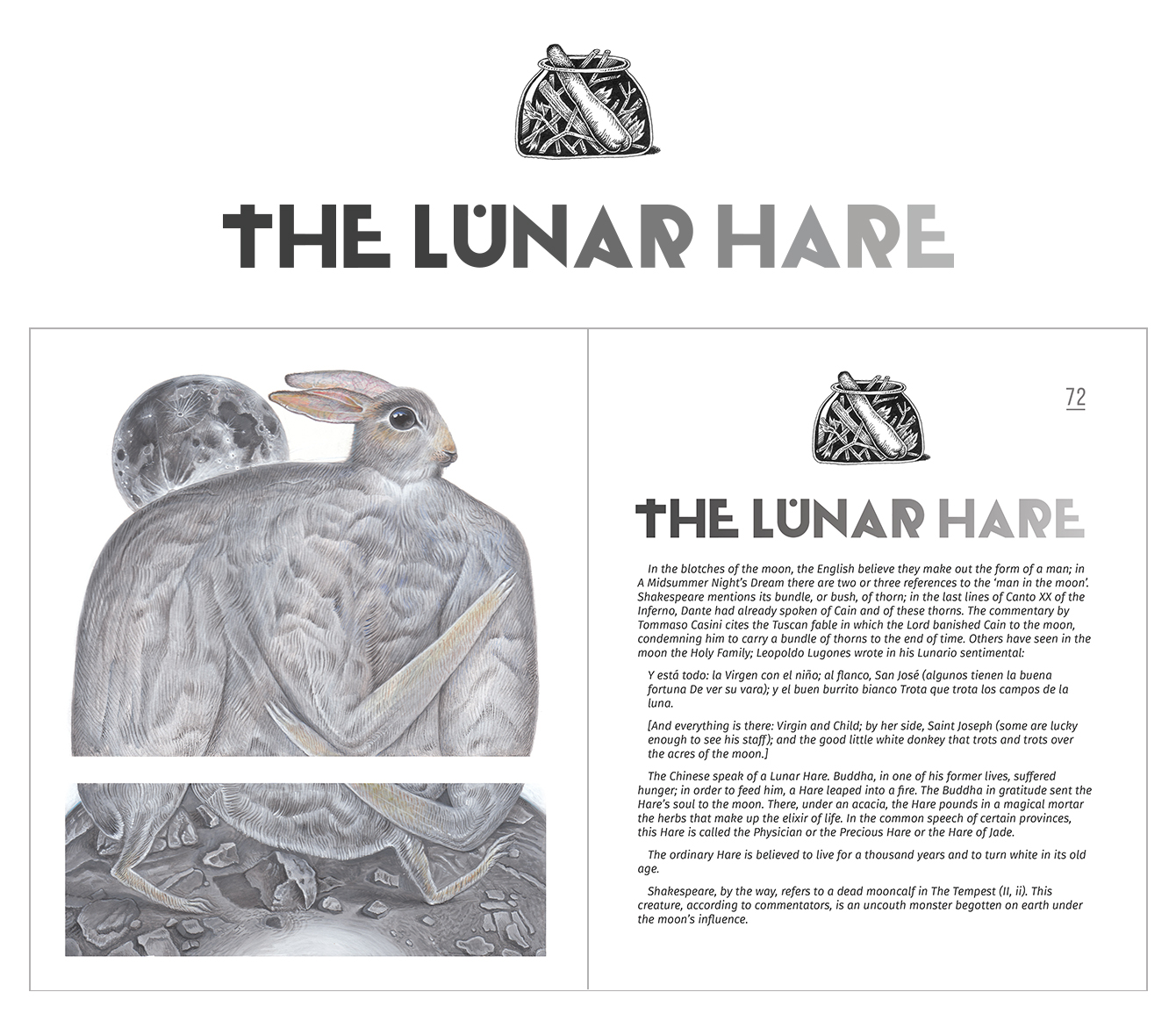 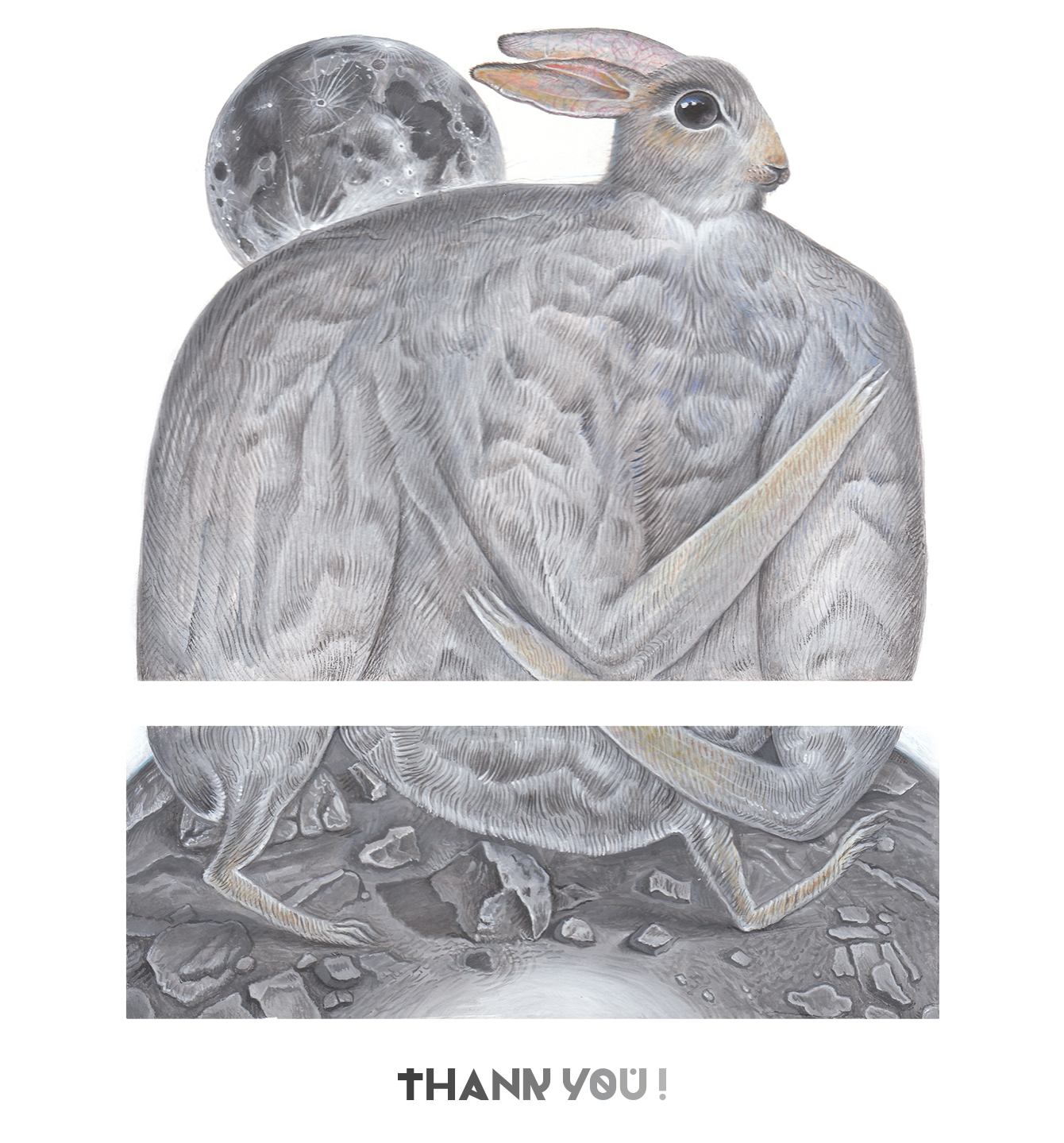 In the blotches of the moon, the English believe they make out the form of a man; in A Midsummer Night’s Dream there are two or three references to the ‘man in the moon’. Shakespeare mentions its bundle, or bush, of thorn; in the last lines of Canto XX of the Inferno, Dante had already spoken of Cain and of these thorns. The commentary by Tommaso Casini cites the Tuscan fable in which the Lord banished Cain to the moon, condemning him to carry a bundle of thorns to the end of time. Others have seen in the moon the Holy Family; Leopoldo Lugones wrote in his Lunario sentimental:

[And everything is there: Virgin and Child; by her side, Saint Joseph (some are lucky enough to see his staff); and the good little white donkey that trots and trots over the acres of the moon.]

The Chinese speak of a Lunar Hare. Buddha, in one of his former lives, suffered hunger; in order to feed him, a Hare leaped into a fire. The Buddha in gratitude sent the Hare’s soul to the moon. There, under an acacia, the Hare pounds in a magical mortar the herbs that make up the elixir of life. In the common speech of certain provinces, this Hare is called the Physician or the Precious Hare or the Hare of Jade.

The ordinary Hare is believed to live for a thousand years and to turn white in its old age.

Shakespeare, by the way, refers to a dead mooncalf in The Tempest (II, ii). This creature, according to commentators, is an uncouth monster begotten on earth under the moon’s influence.